How we fund our infrastructure 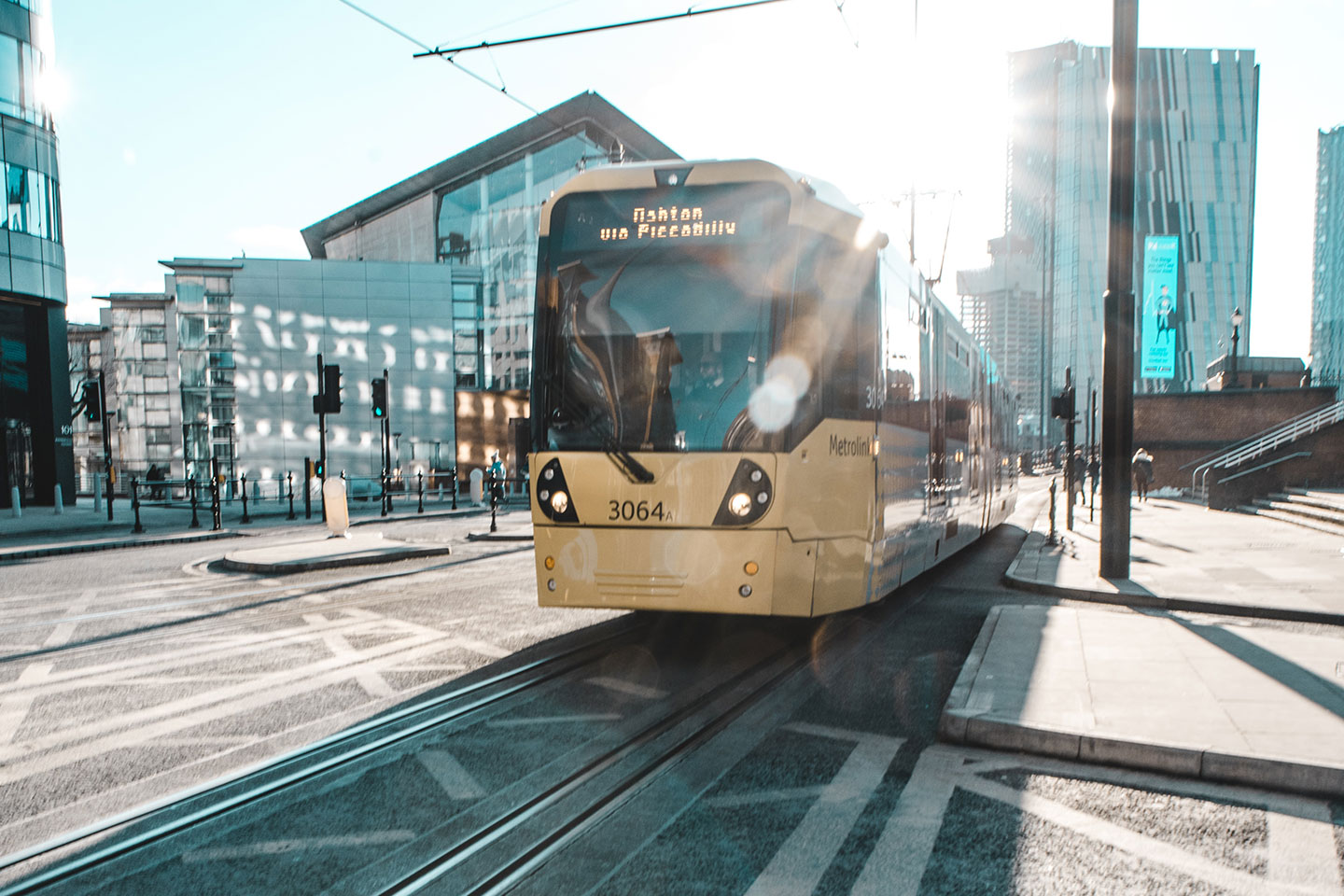 The UK rail and road networks are among some of the most congested in the developed world1. The UK has consistently spent less on infrastructure development and maintenance than the majority of G7 member states since the 1970s2. It was only in the wake of the 2008 financial crisis that we began to see investment in infrastructure as a means of accelerating economic growth in the country, but even this was subject to austerity measures. More recent governments have shown a commitment to infrastructure funding3, but there are a number of challenges to the current means of raising infrastructure revenue and investment. With the loss of Private Finance Initiative (PFI and PF2) and the soon to disappear European Investment Bank (EIB), as well as diminishing fuel and road tax income and the complexity and volatility of direct government funding, these issues need to be addressed if we are to ensure that the current levels of financing are continued.

At the turn of the 1990s, the UK government was a pioneer of PFI as a means of applying private-sector cost saving, risk mitigation and, importantly, financing to large public sector projects through the use of design, build, operate/maintain and finance contracts over a period of 20-30 years which also gave the private company a vested interest in the long-term performance of an asset – all while keeping debt off the government ledgers. In more recent times the long-term value for money of PFI was brought into question which prompted its reworking. In 2012 PF2 was launched; uptake was poor with only 6 projects with a combined value of £900 million adopting it. In the 2019 budget, the UK government announced it would no longer use PFI or PF2 and there is no current replacement for the scheme4.

Another investment route UK infrastructure is set to lose is the EIB. With the UK set to depart the European Union in January of 2020, it will also lose its membership to the EIB – an institution that was created specifically to help fund infrastructure projects and which the UK has been the beneficiary of €118.6 billion of investment since 19734. The effects of this are already being felt. Since voting to leave the EU in 2016 the EIB has dramatically limited its investments, investing only € 932 million in the UK in 2018 compared to €7.8 billion in 2015: this equates to a 88% drop in three years5.

Fuel tax revenues are currently one of the largest funding streams for roads infrastructure, with the UK government estimated to raise £28.4 billion in 2019-20206. However, as we see a shift into more sustainable and environmentally friendly modes of transport, the government stands to lose a great deal in revenue unless it changes its taxation model. As it stands the exchequer gains 57.95p per litre every time someone refuels – this doesn’t include the VAT that the exchequer also gains – this is compared to just 5p for recharging an electric car and nothing if that car is charged via solar panels7.

While there is often the opportunity for the UK Government to fund projects through money raised through taxation, this tends to be reserved for major projects such as HS2 or Crossrail as they hold more gravitas with voters. This mechanism of funding can also be volatile as it is subject to the government of the day’s approval, and there is always the potential for funding to be withdrawn to meet the priorities of the ruling political party8.

If, in the future, we are to sustain the current levels of funding we see now then it is essential that the government and infrastructure industry come up with innovative and dynamic solutions of raising revenue and funding for infrastructure investment. As it stands there are a number of proposals for alternative initiatives in development and trials as a means of bridging the gap. These include such initiatives as Market Led Proposals (MLP), Land Value Capture (LVC) and Pay As You Go road usage charges, all of which are explored here.

A system already being trialled in UK rail infrastructure development are MLP based on the principle that ‘government doesn’t have a monopoly on good ideas’9 it invites private companies and investors to submit network improvements or extensions to the Government Department for Transport (DfT). In early 2018, the DfT issued its first call for projects, receiving 30 by the deadline. This was then narrowed to 10 by December of that year but despite this, as of September 2019, no new development scheme had been announced10. If this scheme is to be a success it must find ways to expedite the approval with means to simulate and assess the benefits of any development proposed and ensure that it adheres to current development strategies being pursued by the wider network.

LVC is where the government seeks to gain revenue for the public benefit through the taxation of increased land value that is a result of public policy or government-funded infrastructure improvements11. This has long been a tool of the government to recoup its costs of upgrading infrastructure amenities. However, it could be leveraged to give far greater benefit still to the taxpayer. In the example of the Jubilee Line extension to London’s Underground, which cost the government £3.5 billion, it is estimated that between 1992 and 2002 it could have raised some £13 billion from landowners around the 11 new stations12. Proposals call for LVC to incorporate a number of new features and levies, such as: the creation of zones of influence around new and improved infrastructure where authorities can asses all new developments and grant planning permission in accordance with better connect public transport and amenities; to begin to tax new residents of a development areas, not just developers and businesses; all while balancing fair value for the taxpayer and the local community against continuing to incentivise private sector investment.

Perhaps one of the largest and most significant changes proposed is the introduction of a Pay As You Go road usage tax system where road users’ distance travelled is monitored by a black box-style system – similar to that used by car insurers currently – feeding back usage data to a central database13. The system grows in complexity with the introduction of additional charges and allowance breaks, such as increased rates for non-electric car users, raised allowances for those living in rural communities, additional charges for using congestion and clean air zones, and concession for the those in the poorest social-economical groups. Despite the potential complexity, it was found that 50% of UK adults would support the use of this system if it were to replace both Fuel Tax and Vehicle Excise Duty14. As with any such system, there must be great consideration given to privacy and security of the information being shared as well as the validity of the amount of information required. In the development of the system, users need to be provided with a clear and transparent understanding of how their data is to be used and stored so that it could be better trusted and not be seen as overreaching into users lives.

All of these new solutions to raising capital have the capacity to help bridge the funding gap in infrastructure however the complexity of the proposed systems is far greater than those they are anticipated to replace. If we are to follow these new and innovative ways of raising investment and revenue for the funding of infrastructure then it must be developed in conjunction with the current plans for the technology upgrade and digitisation of the sector. All the proposed new systems call for a better understanding of current infrastructure and the effects expansion and usage have on the networks and its users. An understanding is also strived for in the UK’s Gemini Principles, and the development of a national digital twin which could help provide a framework for more robust, trusted and adaptive revenue streams while also receiving land usage information and real-time network data to a digital twin.

With the adoption and implementation of such new technologies and innovative ways of working, the need for the rigour of these revenue streams may be reduced considerably as the adoption would bring better efficiencies in the usage and the optimisation of the existing networks (which is estimated to release some £7 bn per year back into infrastructure networks through the adoption of digitised working processes and information sharing15). It is imperative that we begin to understand and develop a means of transitioning the infrastructure industry from its current practices into a digitally-enabled future; this is why BIM Academy is currently developing a guided framework that will aid infrastructure assets managers into the digitally-enabled future.

If you have any questions or would like to contribute to this development, please contact [email protected].