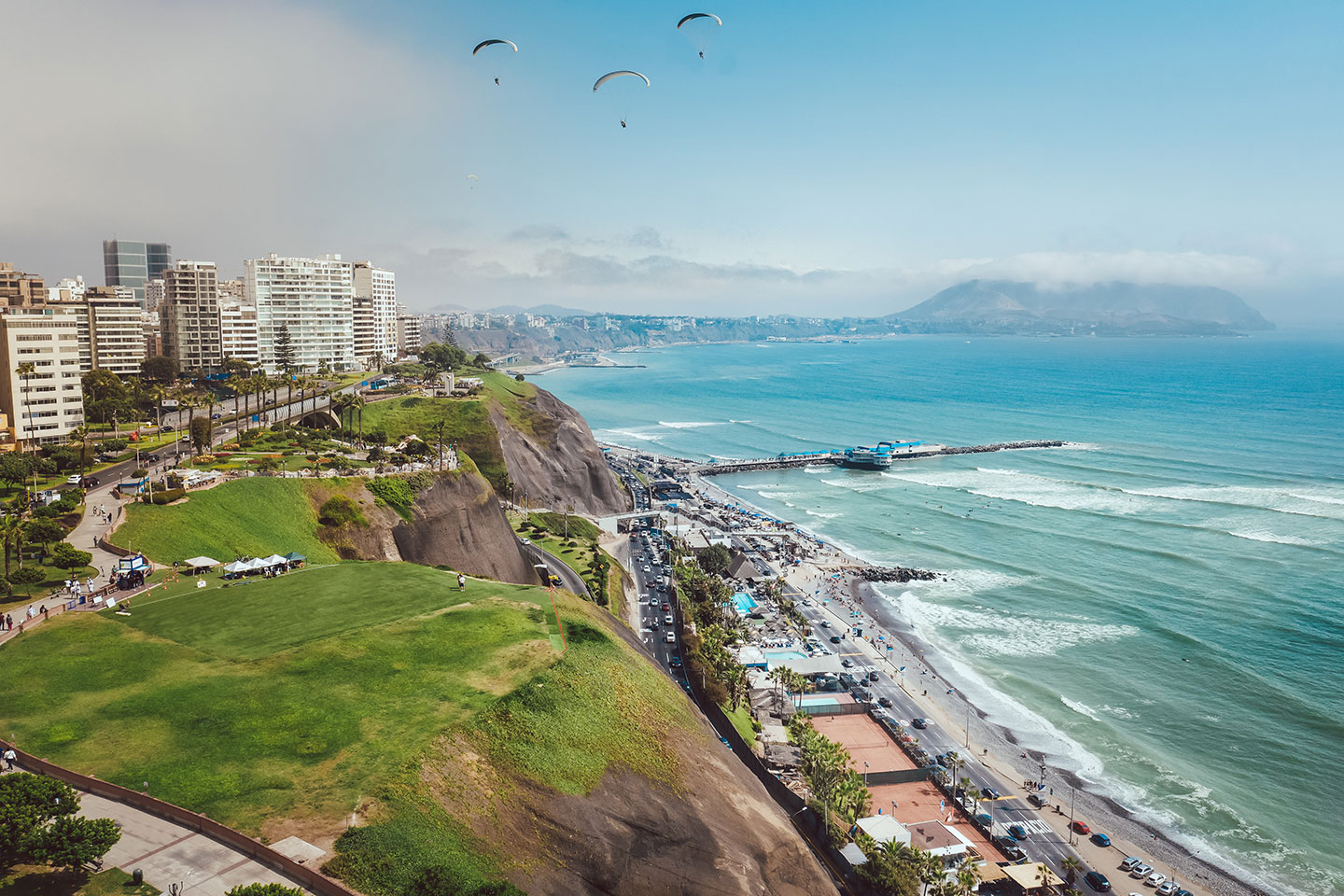 When thinking about Peru, if the hidden city of Machu Picchu or Paddington Bear are the first things that come to mind, then let me tell you this is just the tip of the iceberg.

The country is locally known as a place full of natural and cultural richness. Many underestimate the allure of Peru, from the minerals in the Andes mountains to the pre-Columbian multicultural regions, it’s natural megadiversity falls nothing short of impressive.

Peru also has its climate challenges and is a victim of a cyclical climatic anomaly called the “coastal El Niño” – this is when heavy rain falls can destroy many area and cities across region.

The most recent one, which occurred in 2017, was one of the strongest and left Peru with the need to rebuild all the areas affected by landslides called “Huaycos”, many of which affected the capital city of Lima. As a result of the extreme weather, many buildings and infrastructure assets are often damaged and require immediate attention.

When it comes to construction, Peru’s relationship with technology, digital construction methods and BIM are not as advanced as other parts of Latin America.

BIM was initially introduced to Peru through the implementation of commercial companies on private sector projects in an effort to improve the efficiency of construction processes. However, the Peruvian government increased the level of BIM implementation through the introduction of the Joint Statement from the UK and Peru governments, in which British companies shared expertise to support the Pan American Games development in 2019. After this sporting event, BIM started to become a hot topic of conversation, with the government identifying it as an opportunity to solve skills gaps and the lack of expertise across the construction market.

The first BIM studies showed that between 2017 and 2020, BIM adoption increased from 25% to 39%. This study clearly indicated that the construction sector was increasing its interest in BIM.

As a result, Peru initiated its transformational journey to BIM adoption by establishing the Plan BIM Peru framework to provide guidance and policy for BIM implementation in all organisation within the public sector.

Peru also now actively participates in the Red BIM of Latin American Governments with Argentina, Brazil, Colombia, Mexico, Costa Rica, Chile, and Uruguay. And in July 2021, Plan BIM Peru published three primary documents to initiate the BIM implementation processes in the public sector: The Implementation Plan and Roadmap, the BIM introduction Technical Note, and the National BIM Guide, annexes, and instructions. Additionally, a roadmap was developed for a progressive BIM adoption based on four pillars shown in the following translated diagram.

In 2022, Plan BIM Peru initiated ten pilot projects to provide guidance in their BIM implementation; these pilots will increase the number of case studies and experiences within the respective organisations, accelerating the understanding of the BIM processes for their workers.

The target is complete BIM adoption for all public organisations by 2030, with the government encouraging all private sector and academia to also commit to the target.

Moreover, the government to government trade continues to provide guidance in the new generation of public schools initiative, “Escuelas Bicentenario” and just as importantly to support “Reconstruction con Cambios”, the entity responsible for the development of hospitals, schools, roads, bridges and sanitation projects affected by the rainfalls and the frequent earthquakes.

All these efforts to change the Peruvian construction industry and overcome the geographical difficulties are of extreme importance and provide a good forecast on how BIM projects will continue growing in quantity, not only in the public sector but also in the private sector and academia.

Peruvian architects and engineers are enthusiastic about the positive changes that BIM implementation can generate in the construction industry, providing Peru and other Latin-American countries with an opportunity to align goals with wider, global construction industries.

To find out more about BIM in Peru, contact Marcos Cardenas at [email protected].