The Scottish Futures Trust core aim is to improve the efficiency and effectiveness of infrastructure and construction investment in Scotland. It identified that operational energy costs in existing new build schools in Scotland was up to three times higher than the energy usage predicted at design stage. 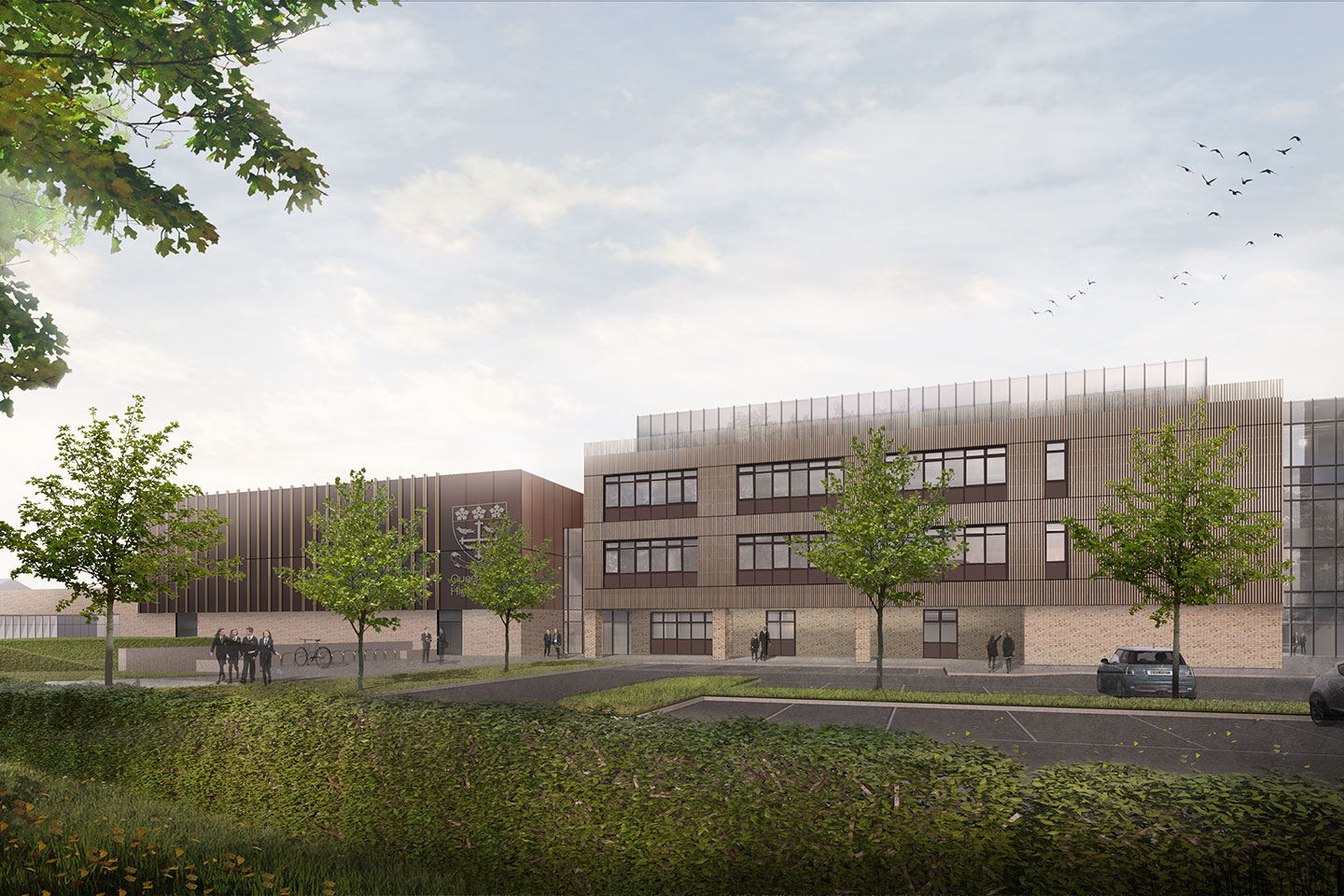 This project involved analysing the factors that influence and impact this increased energy usage. By exploring the current legislation and design standards being implemented in new build schools, we were able to better understand the methodologies needed to create energy analysis models.

Working with data from the Queensferry High School in Edinburgh, results showed that there were many aspects that caused the disparity between predicted and operational energy usage.

The aim of this project was to explore these and create a set of design measures and improvements to the previously adopted BIM workflows, to bridge the performance gap between design and operation on both Queensferry High School, and planned future new build schools in Scotland.

One of the key impacts from a design standard point of view was that the traditional approach to converting architectural models into energy simulation models involves taking 2D plans and elevations from the architects and then recreating geometry manually, or drastically simplifying the model before exporting.

We began by running a series of workshops, with the original design team, which analysed the existing workflows and assessed the modelling practices in use, both from an architectural and engineering standpoint.

Resulting from the workshops, an optimised work flow was explored that provided a more efficient method of obtaining an energy model that was accurately derived from the architectural model and did not involve either the recreation or oversimplification of the original geometry.

As a result of the direct collaboration between the architects and engineers, new optimised design options were incorporated for Queensferry High School, delivering a more informed design coupled with an energy simulation model that is directly derived from the architectural model, reducing waste on the project.

We are taking the learnings from this project and creating a series of tools to support designers in improving their analysis of buildings in the future.