The new Park View Student Village at Newcastle University was the result of the demolition of a 1970s complex and the new build of this student accommodation within the existing Richardson Road site on the University’s city centre complex. The student village was set to provide almost 1,300 en suite studying and sleeping spaces for students. 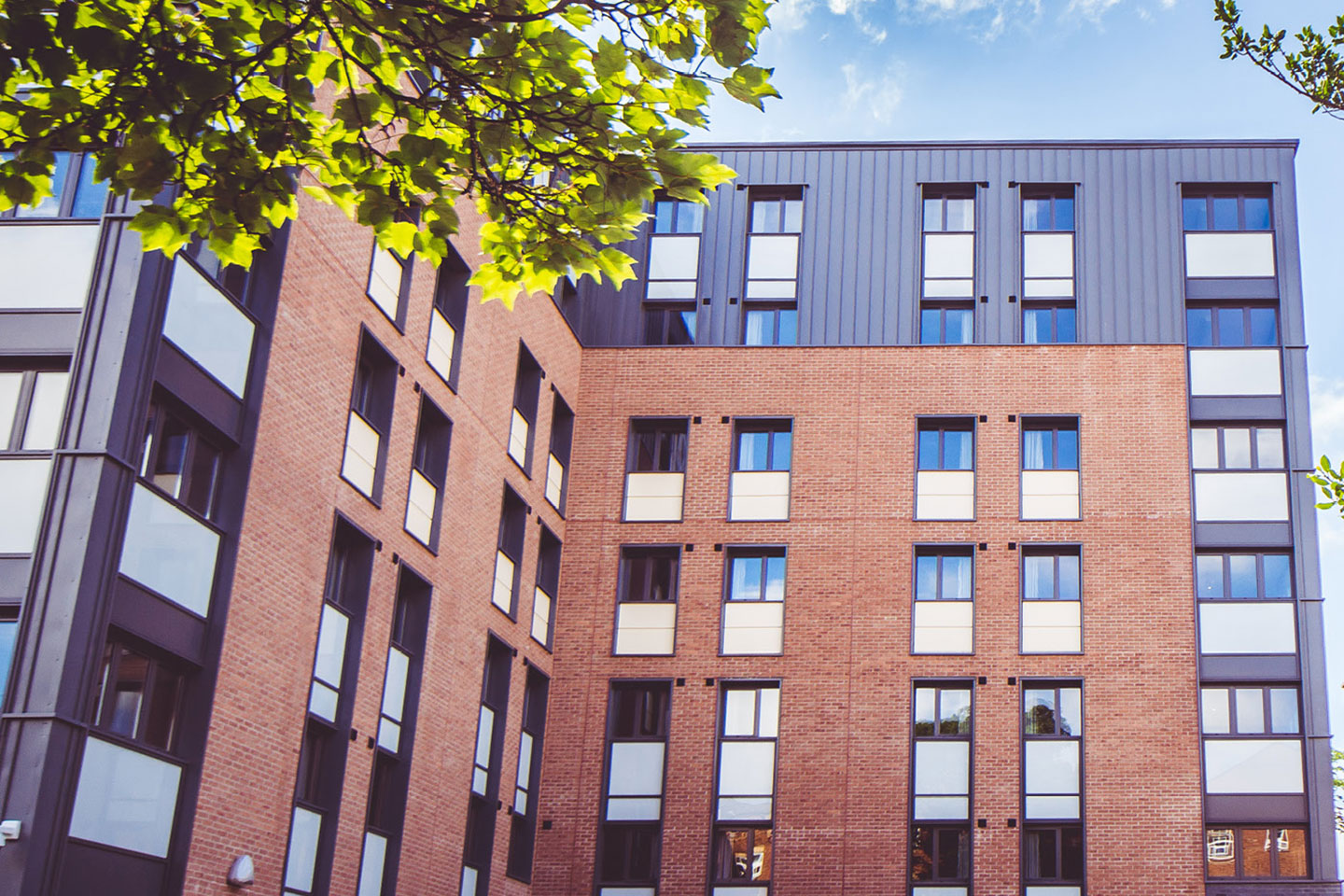 The £75m student village is the University’s largest capital project, with almost 800 modular pods being assembled to create this new micro-village, making it the biggest project using prefabricated off-site modular pods in the UK.

BIM Academy was appointed to act as BIM Implementation Manager for the project – which was developed to BIM Level 2 – and worked with the main contractor Galliford Try and the sub consultant team, including specialist modular manufacturer, CIMC MBS.

CIMC MBS provided factory finished modular pods which were assembled and then imported from China. These were stacked on site and then over-clad. Once complete, they measured 2,178 metres high, and end-to-end would measure 6 miles in length.

We developed the Exchange Information Requirements (EIR) and BIM Use objectives and Supplier Assessment. We carried out continuous BIM auditing, validation and coordination and offered support and guidance through all stages of the design and build.

We created the BIM Execution Plan (BEP) for the entire project which formed part of the tender documentation for the construction phase. Whilst advising the project team and developed team readiness assessments, we researched opportunities for innovative BIM uses which would be used during the facilities management stage.

During the construction stage, together with the main contractor, we were responsible for auditing the coordination of the design, specifically the interface between the modular pods and in situ elements.

The project was completed in under two years and the student village won the Most Innovative Project of the year, as well as being recognised for a Special Commendation in the Large Project Category at the Northern Counties Institution of Structural Engineers Award.