HMRC has selected Newcastle’s Pilgrim’s Quarter, part of the Ryder Architecture designed Pilgrim Street development, to become the new home for His Majesty’s Revenue and Customs in the north east. 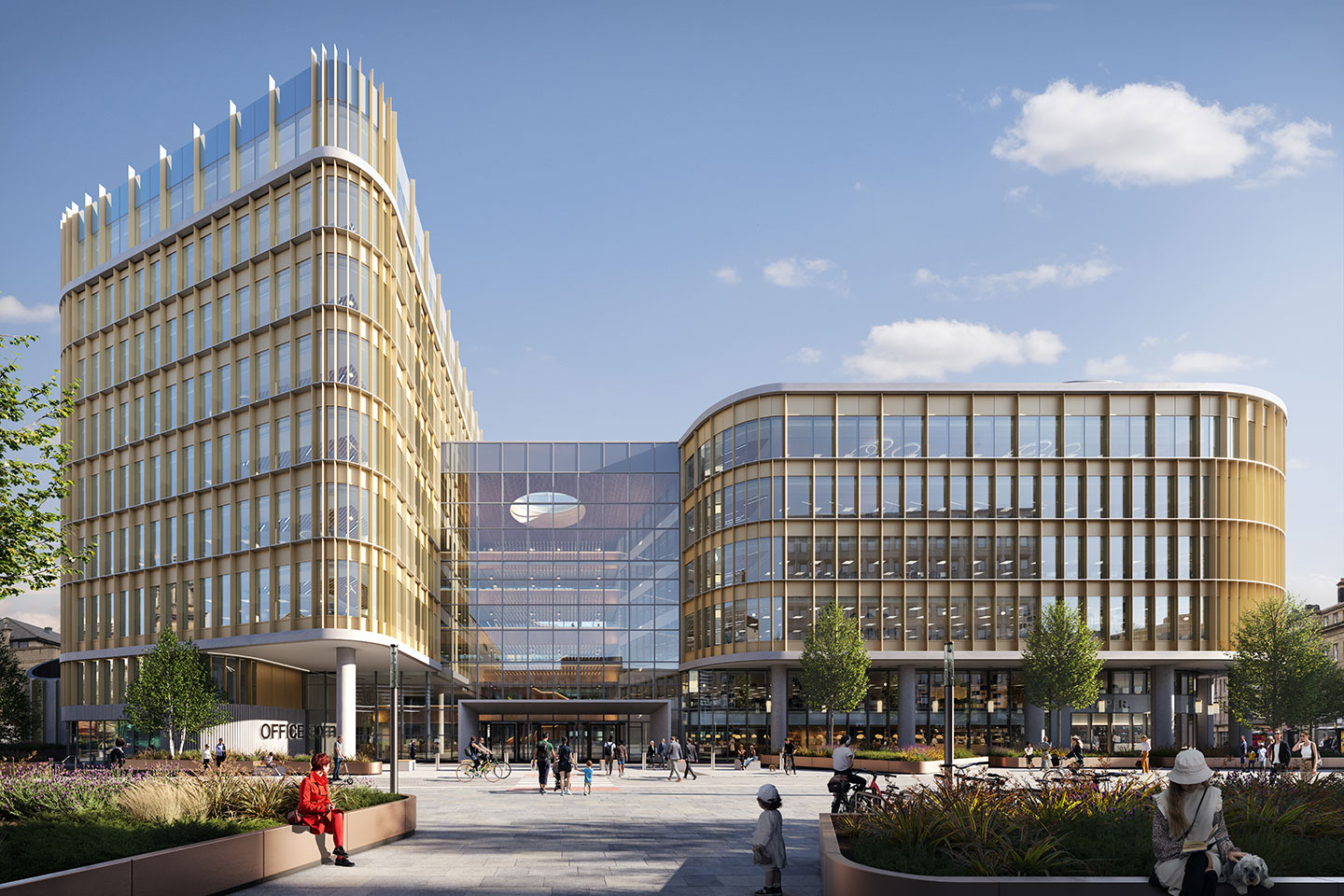 His Majesty’s Revenue and Customs

As part of HMRC’s ongoing process of creating city hubs for their new offices across the UK, BIM Academy sister company, Ryder Architecture was appointed to design their Newcastle workspace which will relocate the organisation from the current site at Benton Park View to Newcastle City Centre. The arrival of 9,000 staff will boots the city economy and play a major part of the wider regenration across Pilgrim Street. Having received planning permission in April 2022 the project is now on site with demolition and groundworks well underway.

The building revitalises the northern block of Pilgrim Street and incorporates the Grade II listed Carliol House façade, providing 43,000sqm Grade A office space and 142 car parking bays. Due for completion in 2025, the development has an estimated construction value of £155m.

Having recently worked with HMRC to deliver its new award winning Government Hub in Liverpool’s India Buildings, Ryder and BIM Academy understood the unique requirements of the brief for the Newcastle location, working closely with HMRC to ensure the highest design quality on this prominent city centre site.

BIM Academy’s role is to also ensure that the correct information is collected in the correct way, to help ensure a swift handover to the project’s facilities management and ensure adequate ongoing upkeep of the building long after the construction phase is complete.

The finished building will form part of a brand new urban area in the centre of Newcastle, providing a huge and productive working space for hundreds of HMRC staff as well as contributing to an ongoing investment in the city.