His Majesty’s Revenue and Customs (HMRC) are currently going through the process of creating a series of city hubs for their new offices. 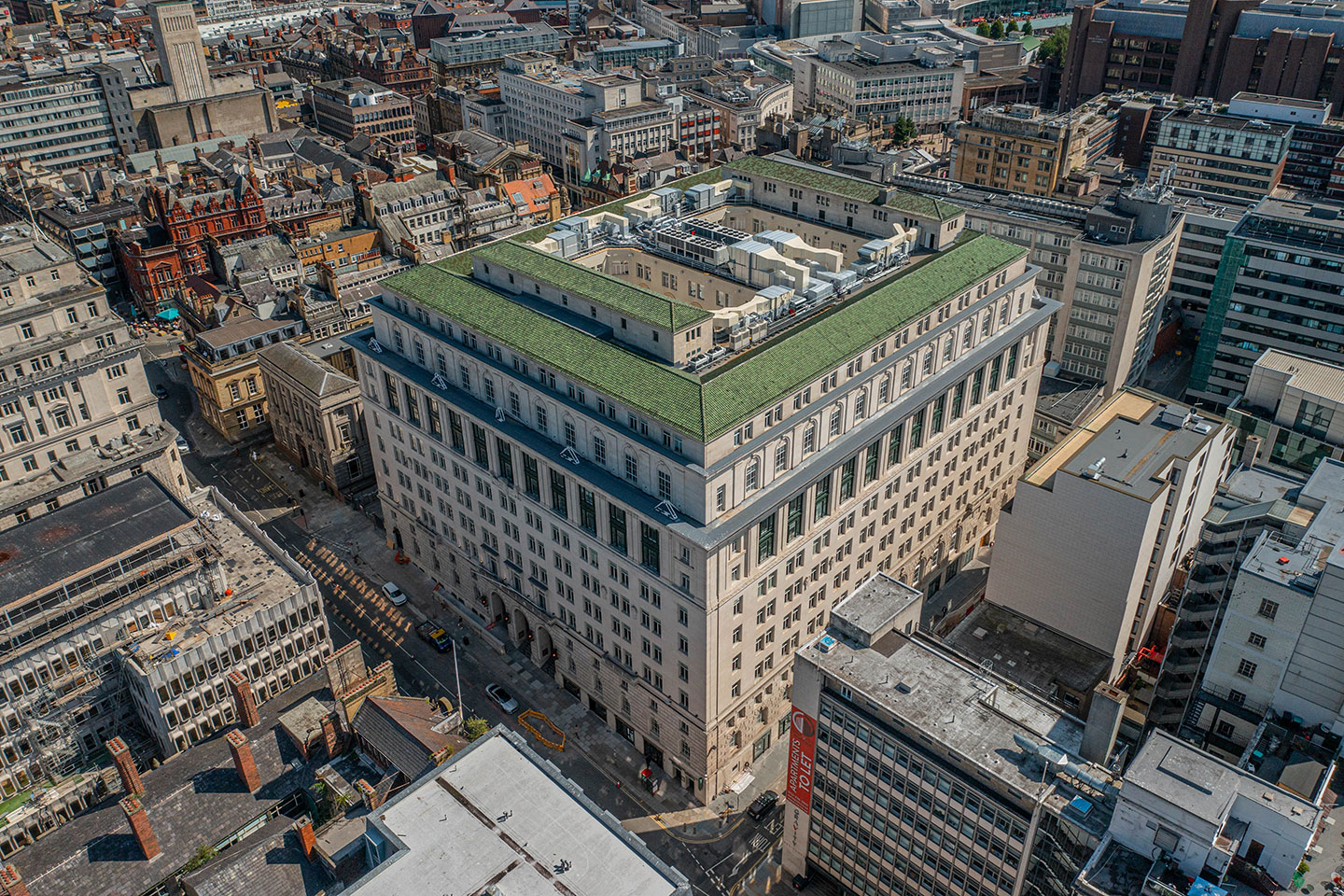 His Majesty’s Revenue and Customs

His Majesty’s Revenue and Customs (HMRC) are currently going through the process of creating a series of city hubs for their new offices. These large office spaces are in a number of city centres across the UK, and HMRC Liverpool is one such project.

This 320,000sqm office space saw the restoration and redevelopment of Liverpool’s India Buildings. Originally designed by Arnold Thornely and Herbert J Rowse, India Buildings was constructed in the late 1920s, and was damaged in World War Two only to be restored once more.

During this project, the well-loved historic site was retrofitted, turning the iconic building into a modern government hub, complete with fully accessible facilities for 4,500 HMRC staff.

At a cost of £30m, the project will be an economic boom for the Liverpool business district with the HMRC committed to remaining there for many years.

With its large arched ceilings and wealth of natural light, the building is a beautiful example of modernised historic buildings that hopes to foster wellbeing and productivity in its staff.

At BIM Academy, we were brought on board to support architects Ryder and interior designers Ward Robinson to help manage the coordination and digital information on this project in line with the Government’s information requirements. We are leading on the information management and digital strategy and have helped to set up the project from day one. We instructed the project teams on what was required form the project data and continued to quality assure and audit their work.

We helped to create specifications of each piece of information and data that needed to be collated and what format it needed to be in, as well as ensuring that all of the information was collected during the design and construction process.

We also supported the project teams in the setup of a Common Data Environment (CDE), which has been done in Autodesk’s BIM 360 – this will be used to manage all of the information on the project.

The finished product is stunning and provides a really special space within one of Liverpool’s most beautiful buildings, with former shop units being converted to meeting rooms which are named after the site’s history. HMRC wanted the new regional hub to be ready for the changing needs of the modern workplace, and this project has certainly met that criterion.