PlanBEE: The Next Generation 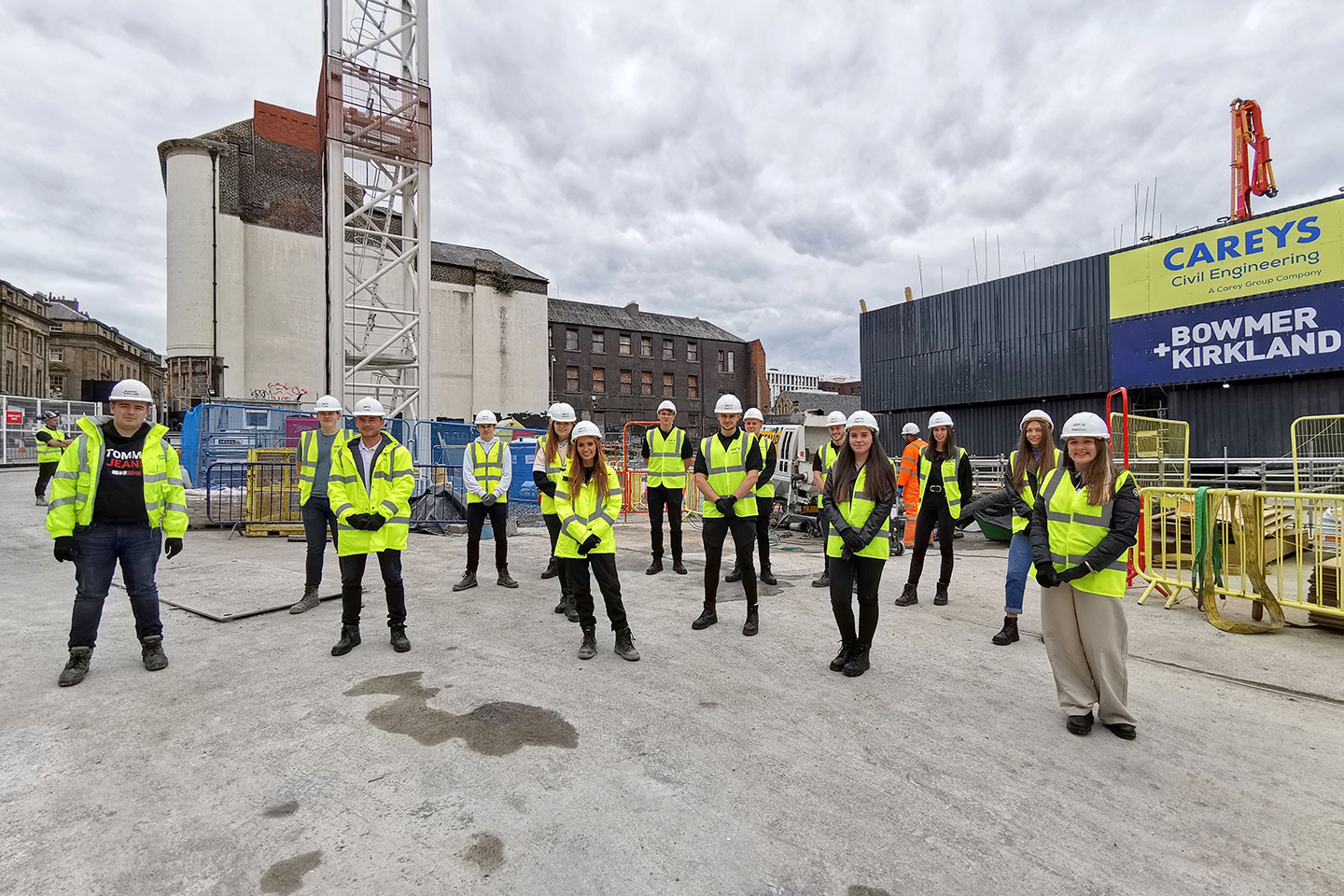 Home / Insights / Learning and Development / PlanBEE: The Next Generation

Earlier this month, I had the pleasure of co-delivering the PlanBEE Digital Bootcamp to both Newcastle and Manchester programme participants at Gateshead College.

PlanBEE was created by Gateshead College and Ryder Architecture in 2013 to change the way education is delivered in the built environment. The initiative is supported by a consortium of more than 30 businesses in the North East and Manchester who represent a wide range of professional disciplines, including architects, engineers and construction contractors.

This award-winning skills initiative offers opportunities to young people looking to establish a career in the construction sector. It addresses a skills gap in the industry and prepares young people for a variety of technical and professional roles in construction via an alternative route to university.

Whilst presenting our BIM-focused lectures that partly comprised the programme, I was genuinely taken aback by the sheer level of enthusiasm, extent of engagement and degree of knowledge that the participants demonstrated on the day. And at the end of the week, I returned with something of a renewed sense of hope for the construction industry.

Clichéd criticisms of our industry aside, it has become increasingly clear to me that, despite the challenges it is facing, its future is in good hands. Over the course of the Bootcamp, the participants demonstrated a clear, natural understanding of digital tools and processes which – from my own anecdotal experience – could arguably rival those of a considerable percentage of current industry professionals. This was a very pleasant surprise – all the more impressive when considering the average age and academic level of the students involved (young adults of around 17-20 working at Level 4).

On reflection, this experience has confirmed something which I’ve believed for quite a while: that the future of our industry (in terms perhaps more of its cultural foundation than of technological development) ultimately depends upon the next generations of professionals, some of whom are discovered, develop and thrive as a result of programmes such as PlanBEE.

Given the skills gap in effective BIM implementation and digital literacy, as well as the various other conundrums posed by the impending digital economy, the importance of nurturing the next generations of talent has never been clearer. In what might be considered a stroke of luck for an industry perhaps more famous for its shortcomings than its successes, we face an immense opportunity in a generation who have not only been surrounded by digital technology their entire lives, but have also never experienced the infamously inefficient and adversarial practices of the past, and thus can approach this rapidly changing industry with an open mind and a fresh point of view.

This generation has not only spent their formative years enjoying technology as myself and most others of my generation have, the ubiquitous nature of technology over the past decade in particular has meant that this collective of minds has (to a considerable extent) been moulded by it, resulting in a natural affinity with the applied use of technology to work, learn, socialise and solve problems.

With this in mind, it is not unreasonable to suggest that it could be this generation that will ultimately come to make best use of the technology which we are merely pioneering, and bring about the radical culture changes that are necessary in establishing the type of industry – and society – that we are all striving for.

This natural affinity with technology, as well as the alarming rate of technological progress (at both industrial and consumer levels), means that they are perhaps best placed to be creative in applying technology for the solution of both industrial and socio-technical issues. Culturally, that inexperience with the industry’s past means that they will be able to approach the issues of the future with none of the bad habits or jaded viewpoints that still pervade construction culture today.

However, BIM and digitality are only part of the story. All AEC disciplines face the same opportunity in leveraging the next generation in order to bring about an industry that we can be proud of. In fact, the AEC bracket may even be too limiting: the construction industry, now reliant upon an incredibly diverse range of what could once have been considered ‘outside’ disciplines (everyone from computer / data scientists and software developers to material scientists and even games developers) offers many new potential career paths for enthusiastic and tech-savvy school pupils and college students – more so than ever.

The question is therefore one of how the construction industry can effectively capitalise on the opportunity with which it is presented. The answer is simple: engagement, with a healthy dose of ambition and effective pedagogical strategy. Developmental programmes such as PlanBEE – and, perhaps most importantly, the spirit and intent behind them – are crucial in reaching the potential talent that is filling schools and colleges across the country.

Upon pondering a career in the construction industry, the obvious career paths – at the average school pupil or young adult’s level of awareness – should no longer be limited to just the two chalk-and-cheese stereotypes of architects and site workers. If we as an industry can successfully convince next generations of the immense potential and multi-disciplinary opportunities that exist in construction, then we can rest assured that one day we will indeed have the industry, society and digital and built environments to which we all aspire.

I’m already gearing up for the next round of lectures and I know the participants will be equally impressive.

To learn more about the initiative, visit the PlanBee website.