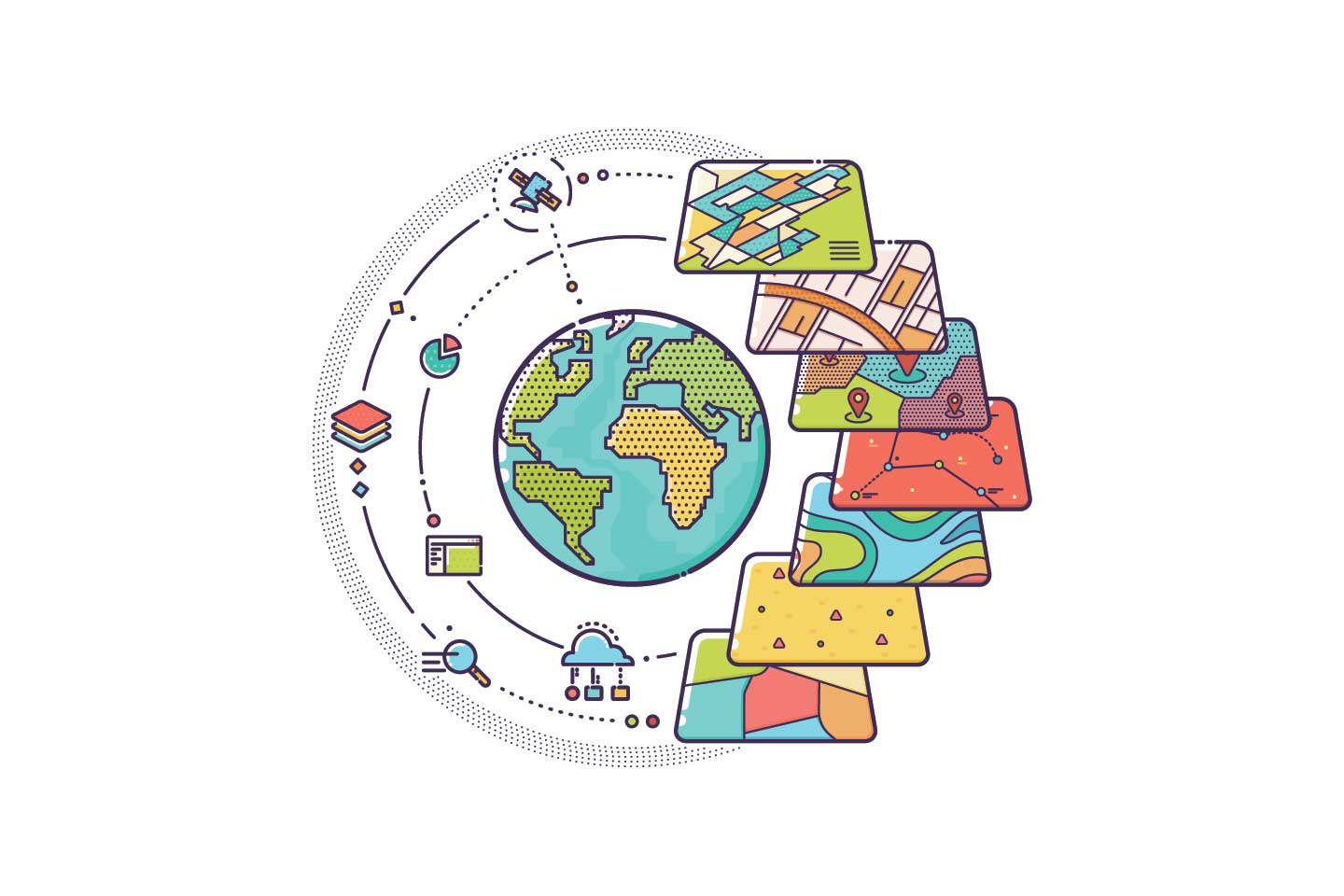 Geographic Information System (GIS) is already in our daily life. We quite often saw the maps displaying the distribution of COVID-19 cases with colours in the past months. We use the mobile map apps to avoid heavy traffics on our way home or to plan the cycling routes by analysing elevation.

This is achievable by software and platforms that effectively process and visualise vast amounts and diverse types of geospatial information. Likewise, GIS can be developed for better decision-making, productivity, data and dynamic models, predictive scenarios to contribute meaningful results to the community [1].

There is already a lot of GIS software on the market. ArcGIS is one of the most popular GIS applications developed by the Environmental Systems Research Institute (ESRI) founded in 1969. ESRI provides a variety of GIS solution packages, including ArcGIS Enterprise, ArcGIS Pro, ArcMap, ArcGIS Online. ENVI developed by L3Harris Geospatial is an image processing and analysis tool to secure reliable information from geospatial imagery. It could be customised to reach specific requirements and also integrated with ArcGIS. Hexagon Geospatial’s ERDAS IMAGINEis a geospatial data authoring system and provides remote sensing, photogrammetry, LiDAR analysis as well as basic vector analysis.

No less than this however, many open source GIS software/platforms are being developed and utilised. Open source software generally means that the source code should be released for anyone to use, as well as allowing free redistribution, derived works, modified source code distribution, and technology-neutral [2]. The Open Source Geospatial Foundation (OSGeo) is a non-profit organisation that leads the global spread of geospatial technology based on this open philosophy. OSGeo encourages the use of open source geospatial software, ensures interoperability between projects, and supports community participation by developing open education curricula [3].

QGIS is a free and open source desktop GIS with the most enthusiastic user community which leads to constantly increasing the number of capabilities provided by core functions and plugins. QGIS allows users to analyse and edit spatial information as well as compose and export graphical maps. QGIS runs on diverse operating systems and even Android (need to use QField app) and integrates with other open source GIS packages such as PostGIS, GRASS GIS, and MapServer. The functions of QGIS can be extended by plugins being able to perform geoprocessing similar to ArcGIS. – Ratings by GIS Geography is 9.6/10 [6].

SAGA GIS is a platform developed by a team in a German university to provide scientists for implementing geoscientific methods effectively. SAGA is outstanding for geodata processing and geomorphometry analysis through its APIs – Ratings by GIS Geography is 6.6/10 [8].

ILWIS is identified as Integrated Land and Water Information System, and a GIS and remote sensing software. ILWIS provides features including digitizing and editing data as well as its analysis and display – Ratings by GIS Geography is 6.7/10 [9].

Whitebox is a stand-alone geospatial software package and requires no virtual machine or interpreter. Whitebox can be served as an analytical back-end for other GIS and remote sensing software via plugins. Whitebox is currently being developed by Whitebox Geospatial Inc. where was founded by its initial developers and provides paid extensions. – Ratings by GIS Geography is 7.5/10 [10].

Furthermore, GIS also has been evolved as an advanced form available on the web and mobile beyond the desktop, and so-called WebGIS. The development of WebGIS requires a diverse range of tools, which could be roughly divided into four categories: spatial database, geospatial libraries, servers, and front-end libraries. There are also many open source tools to manage it.

A library is a set of additional functions that extend the functionality of an application. Geospatial Libraries are for geospatial information in particular, and include GDAL/OGR, shp2pgsql, Orfeo ToolBox. GDAL/OGR is a data exchange library for raster and vector geospatial data. shp2pgsql translate a shapefile into a series of SQL commands available in SDMS. Orfeo ToolBox handles high resolution optical, multispectral and radar images for remote sensing. There is also a toolkit for developing standard compatible solutions such as GeoTools.

A server typically means a system that processes requests in the back-end received from applications and gives responses. WebGIS development basically requires a server that can handle geospatial data and a web server for web applications. The most commonly used GIS servers are ones such as GeoServer, MapServer, MapGuide Open Source and Mapnik. Apache tomcat server can be used as a web server.

Web applications require another library in the front-end to visualise geospatial information for users. Leaflet is a JavaScript library for mobile-friendly interactive maps, which is very simple and light in terms of usability. OpenLayerspopulates a dynamic map on the web page and presents map tiles, vector data and markers. In addition to them, there are libraries for 3D maps such as Mapbox GL JS and Cesium JS. They can create real-time 3D globes on the web for sharing dynamic geospatial data along with interactive features.

Web applications can be developed by composing appropriately these tools for their purposes. The followings are some interesting GIS applications developed using these open source tools.

Open noise Map (OnoMap) is a project that displays noise data in cities. It is developed by using PostGreSQL/PostGIS, GeoServer, LeafLet, H2GIS, OrbisGIS, and Geonetwork. Global Forest Watch (GFW) is an online platform that monitors how forests are changing around the world by processing satellite data. It is visualised by Mapbox GL JS. Tangible Landscape is a tool that enables digital simulation by shaping the physical models by hand. The users can design a landscape by sculpting new landforms, creating water features, drawing trees. It uses Blender (3D modelling engine) and GRASS GIS with motion sensing devices.

This vibrant open-source ecosystem has the potential to constantly boost the development of GIS applications in diverse fields. Active user communities will share better ideas and continue to pour out improved tools. Architecture, engineering, urban planning, and asset management are no exception, and GIS is no longer just for developers or geographers. Recent attempts to integrate BIM and GIS [11] are positive in that respect, and we are at the forefront of it. Look forward to what BIM Academy will bring out next.

For more information about any of the topics featured in this article, please contact Sangcheol Jeong.