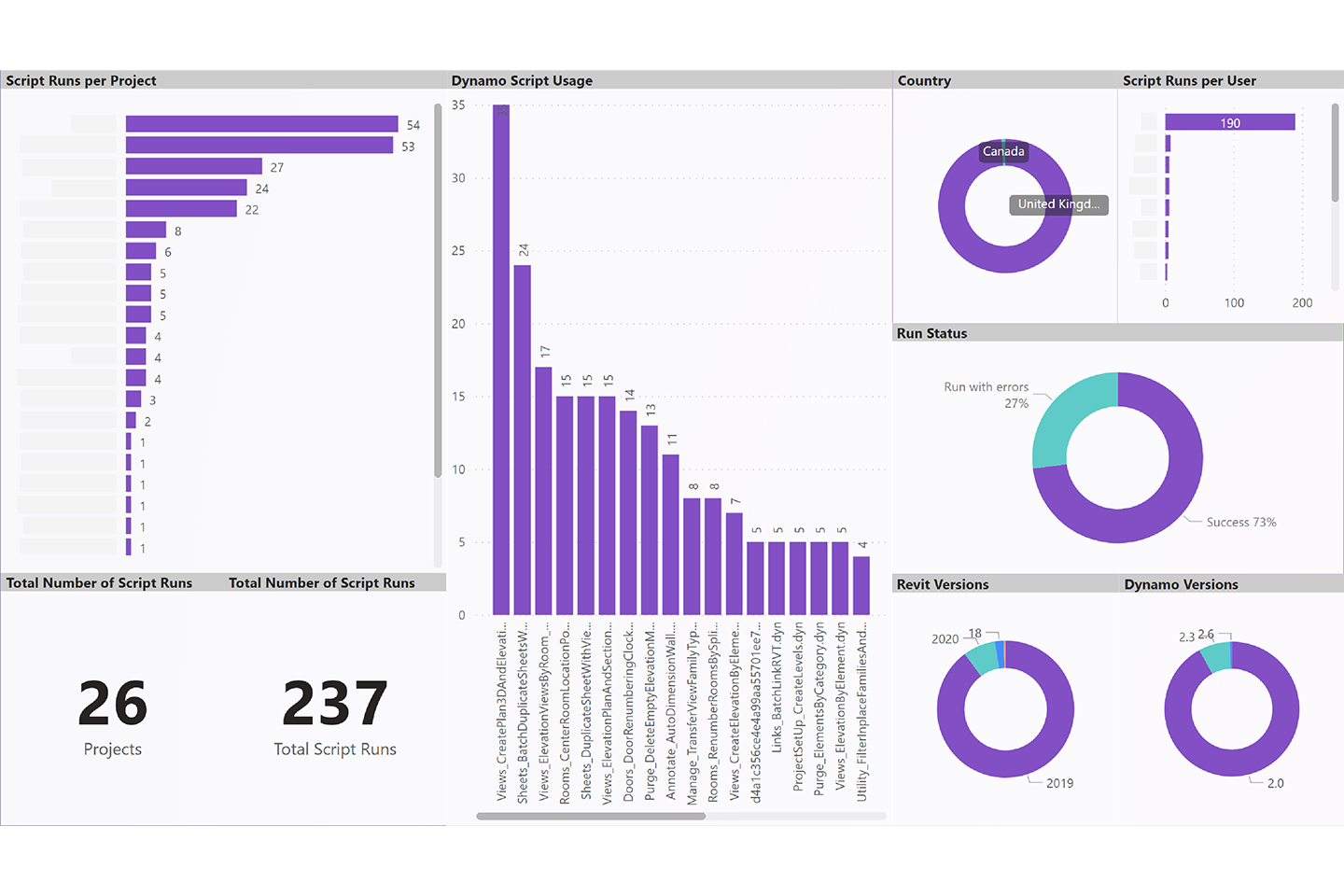 Dynamo is a simple, coherent, and capable programming tool for people who make things, enabling users at every level of ability to create and share graphs (scripts). It is an open source visual / graphical programming tool, allowing architects, engineers and contractors to code whilst designing.

Whilst developing/coding custom Revit plugins and applications generally allows for greater scalability and opportunities for commercialising, visual programming allows people with no or limited knowledge of ‘traditional’ coding to almost instantly customise software – whether that be to automate, perform analysis or increase interoperability between different platforms.

Where companies do utilise visual programming and develop scripts (in this case/example) using Dynamo, a great pain point is when it comes to sharing and deploying these scripts companywide. Common issues and questions follow.

Question: Am I using the latest version of the script and who created it?

A common question that arises from users of scripts is whether the one in use is the latest version and who created it. Whilst this can be achieved through utilising a file naming convention, this is commonly managed within Dynamo workspace itself as a text note. This solution works for those who are comfortable with using Dynamo and thus opening scripts, however for those who just want to play a script through Dynamo player, the information would be hidden or inaccessible.

Question: How do I use the script?

When users choose to run a script, it is not clear whether there are any prerequisites. Again, links to guidance/documentation could be added via a text note/links within the Dynamo workspace, or hosted on an intranet site. However, this requires either the user to be comfortable with opening up Dynamo or being aware that documentation lives in a particular place.

Question: Are there any prerequisites? Do I need to install anything?

Many scripts will be made up using nodes from custom packages. Before a script can be run, a user must install Dynamo packages for nodes to be available. This can be a major hurdle to the successful rollout and implement of a visual programming library.

Question: What software version does this work in?

Due to changes in the Revit API, certain scripts will only work for particular Revit versions.

From an admin perspective, it is important for a company to understand where scripts are being used, which are being used most often, and run status/success rates. Having access to this data allows companies to cater training needs, script development and identify champions/key users.

To solve the above deployment and scaling problems, we have deployed Orkestra, a cloud-based solution for the management, deployment and running of visual programming (Dynamo) scripts.

When running, or ‘streaming’, scripts through the Orkestra app, associated and required packages are automatically installed, meaning that the successful running of scripts has increased significantly. We are able to attach documentation to individual scripts, control which version(s) of software they are visible within, as well as add additional metadata.

Scripts hosted within Orkestra are secure, with an admin being able to set permissions. This means that end users may only be able to ‘stream’ a script and not be able to download or edit. This solves another concern due to some scripts potentially containing IP.

Perhaps most importantly, Orkestra has allowed us to gain valuable insights into script usage across a practice, allowing us to visualise this in a dashboard. With this overview, we’re able to focus our efforts on improving our library and gain a better understanding of efficiency and return on investment.