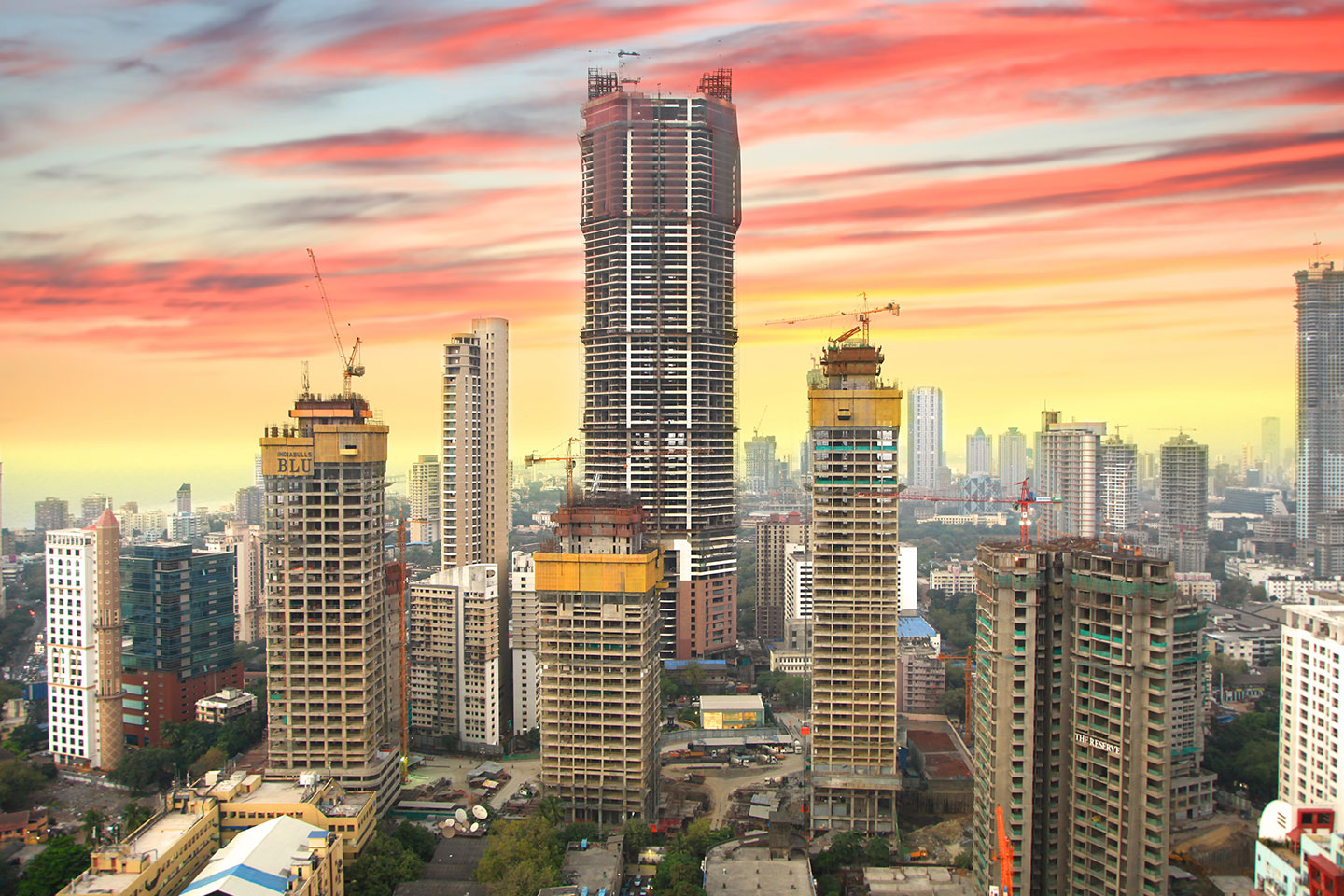 The construction industry is the second largest major contributor to the Indian economy; this is having a major impact on the future of housing, infrastructure and commercial building projects. Now is the right time for the India government to start investing in digital innovation and creating a centre of excellence for modern methods of construction (MMC).

India is expected to have a population of 1.4 billion by 2025, surpassing China. This will generate a pressing need for more housing stock, education spaces and improved infrastructure (amongst other things).

Other regions of the world, such as the US, UK, UAE and China, have already invested heavily in new technology and are seeing the benefits of increased efficiency, productivity, time and cost savings – now it’s India’s turn to step up its investment in technology for the AEC sector.

India has big ambitions to join the list of global economic powerhouses, and as predicted in its 2017-2018 Economic Survey, India will require investments of around $4.5 trillion by 2040 to develop the infrastructure for sustaining its desired economic growth.

The government has begun to launch various critical infrastructure mega programs like Power for All, Bharatmala (with an estimated cost of INR 5.35 lakh crore for Phase 1), Sagarmala (with a total outlay of INR 8 lakh crore), Smart Cities mission (with a total investment of INR 203,172 crore) and Housing for All, Swachh Bharat Mission, AMRUT – with an overall objective to build world-class infrastructure across the country.

However, the track record of completing projects on time and on budget is a problem. The country is in a transformation phase and with such large-scale initiatives planned, there is a growing need to implement digital processes to address major construction and infrastructure problems.

In India today, typically almost all construction and infrastructure project costs over spend by 20%. This is a significant amount and action must be taken to address this in reducing cost waste. The introduction of BIM in project delivery is not a new concept to India, but it is one that is taking its time to be implemented and could indeed be the answer to eliminating overruns in time and costs.

As with many regions and industries, there is always a reluctancy from some to accept change and new ways of working, and for India’s government authorities and AEC industry leaders, this is no different. The hurdles to BIM adoption are not unique to India. We are witnessing the common practice of firstly a lack of awareness as to what BIM is, why we need it and how to apply it. This leads to a lack of digital skills in this area of MMC, mapped with a lack of available funding.

The cost and effort of leveraging BIM has restricted its impact to the larger, more visionary businesses and projects. As the rate of BIM adoption increases globally, India is lagging behind.

The Ministry of Statistics and Programme Implementation estimates that the Indian government has incurred INR 3.88 lakh crore in overrun costs. Moreover, the ministry also estimated that around 552 projects have witnessed significant overruns in time of delivery.

An increased use of BIM and the setup of government initiatives to support a digital-first approach will be hugely beneficial in reducing the costs incurred in construction and infrastructure projects by reducing the working hours, allowing for accurate cost estimation and better supply chain management.

There is some excellent work taking place in India in the use of BIM. The Personal Rapid Transit System in Amritsar and the Bangalore International Airport are beacons of best practice, and groups such as the Indian BIM Associationare seen as a catalyst for change and increased interest.

However, the lack of skilled BIM professionals working in India is another contributing factor to slow adoption. Research shows much of the BIM being delivered is for international businesses with existing BIM experience in other regions.

There is a need to educate Developers and General Contractors on the benefits of implementing BIM and how better-informed decisions can be made on the projects, as well as a need to introduce BIM and digital construction at early education stages in universities – especially as construction is growing in popularity with young people as a career choice.

It is time to push the Indian AEC industry and to have a set of national policies, strategies, standards and guidelines. We need a breakthrough in mindsets and a greater understanding of the benefits of apply technology in such a way that will help the country build faster, safer and at a reduced cost.

These new technologies and processes will not only improve project delivery, but also the life-cycle performance of the built environment’s assets needed to safeguard the future of India’s rapidly growing population.