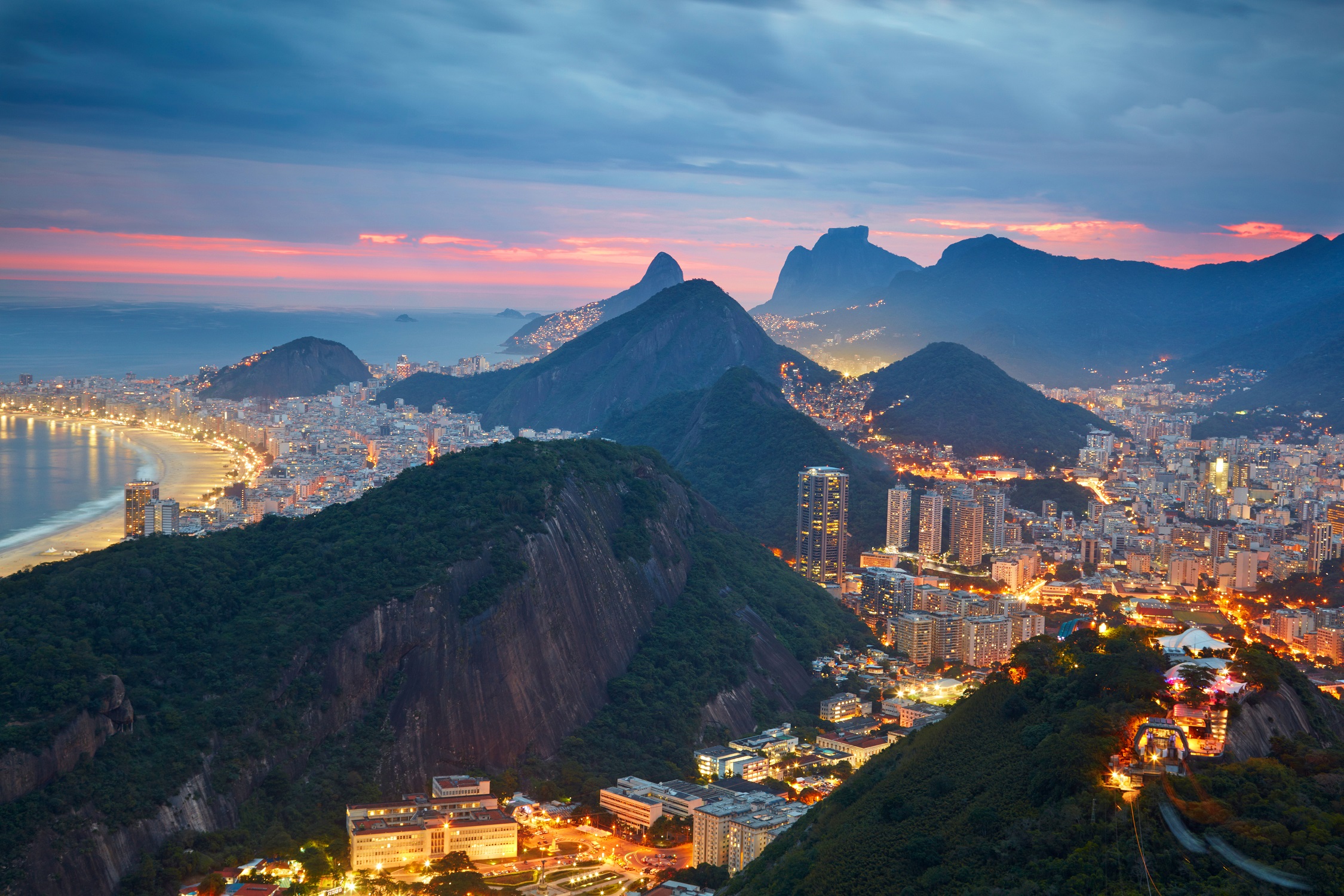 The name of this country is probably written somewhere on the packaging of the coffee you drink in the morning, or on the Havaiana flip-flops you wear on the beach. On BBC iPlayer, Michael Palin has a whole series that centres on its idiosyncrasies. Whether it’s because of its popular exports, such as football players or Bossa Nova, or simply due to its sheer scale on the map, Brazil is a country that doesn’t often go unnoticed.

Brazilians are resilient people. Two years after the historic 7 – 1 loss against Germany at the 2014 world cup, the national football team defeated Germany in the Olympic final in Rio, winning the gold medal. The Brazilian construction industry is no different. Despite the challenges posed throughout the COVID pandemic, the construction industry’s GDP in the first quarter of 2021 was up 2,1% on the previous quarter [1]. The sector also generated the most formal jobs in the country, registering 105 248 new positions [1]. There is still high demand in the residential sector, which promises to keep the industry active for the foreseeable future [2].

Number of construction industry workers in 2020

It is in this context that the Brazilian construction sector is making leaps and bounds with regards to BIM adoption. Currently, only a fraction of practices employ some level of BIM with uneven levels of adoption being registered in different regions of the country. While Southern states register a higher level of adoption (up to 38,30% in Sao Paulo), Northern states such as Amazonas register lower figures [3] and could still expand BIM adoption on projects. These figures mean that there is a lot of potential for BIM adoption.

In fact, recent findings by Sienge and Grant Thornton reveal that over 90% of surveyed companies have plans to start implementing BIM on projects. An even more exciting figure is that about 43% of companies and professionals who participated in the survey published in November of 2020 say that they intend to adopt BIM within a maximum horizon of one year [3].

Despite the relatively low figures for adoption, Brazil has been building the foundations for a structured adoption of BIM across the construction industry sector. This means that the country can systematically avoid some of the mistakes experienced in places where BIM adoption is more mature, where standards, best practices and BIM implementation were not always developed in synchrony. BIM adoption in Brazil profits from the fact that the BIM field has now established a set of international standards, after years of trial and error. 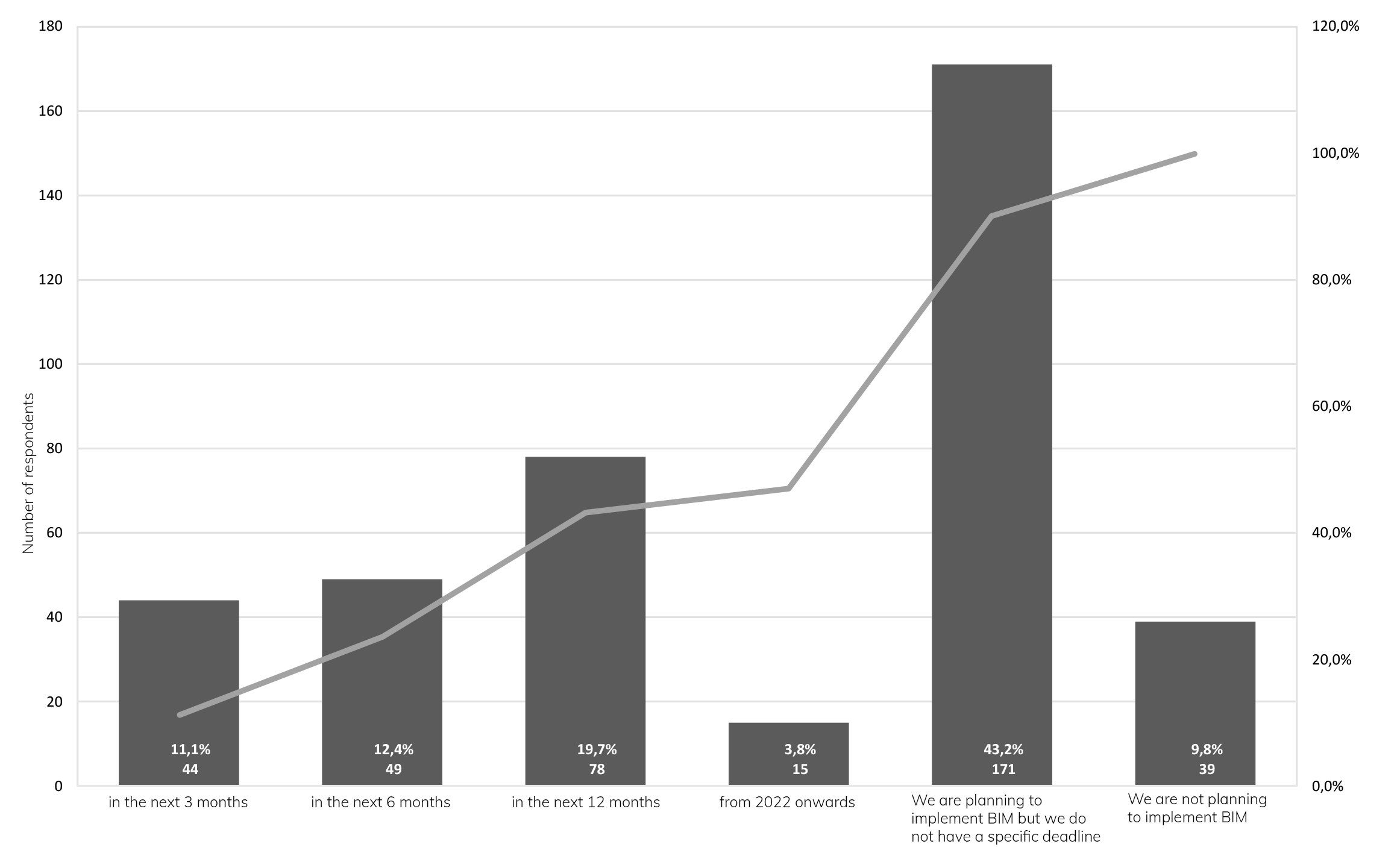 The government has realised the benefits that BIM can bring to the construction industry and to the wider economy as a whole.  In 2018 the federal government passed Decree 9.377, which establishes the national strategy for the dissemination of BIM in Brazil. Then, last year it passed Decree 10.306, which mandates the adoption of BIM on several strategic public projects. On top of that, the government also funds the Brazilian Industrial Development Agency which makes free BIM training and structured content available on its Plataforma BIM website.

Efforts on the industry side started earlier. Representatives from various organisations and universities such as USP and UNICAMP have been collaborating for almost ten years in order to develop standards and best practices. This group officially became an NGO (BIM Forum Brazil) in 2020. In the ten months that followed BIM Forum Brazil’s official debut, 32 associates joined its ranks, and this number is rapidly growing. In 2016 the group signed a bilateral agreement with its British counterpart, the UK BIM Task Group, and have been collaborating ever since. Therefore, it is not a mere coincidence that both countries have very similar BIM frameworks. British standards are not unknown to Brazilian professionals.

Having a similar approach towards BIM creates opportunities in both camps. With a higher maturity level in BIM adoption, the UK can provide training and the consultancy services that Brazilian organisations in the private and public sectors need in order to start implementing BIM on projects. Brazil, with a young and skilled generation of architects, engineers and technicians can provide a workforce that is very competitive in financial terms. It is up to professionals and organisations in both countries to take advantage of the opportunities created by the up-and-coming Brazilian BIM landscape.

If you would like to hear more about the research being carried out at BIM Academy, please contact [email protected].